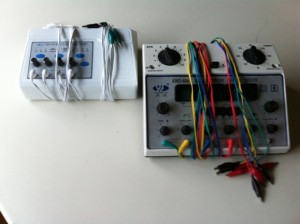 I  researched “Obesity” combined with needle and electro-acupuncture for my Ph.d, and it was most effective method to lose weight. Electro Acupuncture that resulted Qi flow properly throughout the body.

Electro Acupuncture is quite similar to traditional acupuncture in that the same points are stimulated during treatment. As with traditional 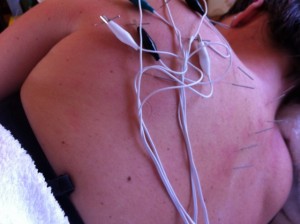 Acupuncture, needles are inserted on specific points along the body. The needles are then attached to a device that generates continuous electric pulses using small clips. These devices are used to adjust the frequency and intensity of the impulse being delivered, depending on the condition being treated. Electro Acupuncture uses sometimes two needles at time so that the impulses can pass from one needle to the other. Several pairs of needles can be stimulated simultaneously, usually for 30 minutes at a time.

According to the principles of traditional Chinese medicine, illness is caused when Qi does not flow properly throughout the body. When Qi is weak, stagnant and unbalance, and if Electro Acupuncture is applied on needle, then the points to be stimulated. Electro Acupuncture is considered to be especially useful for conditions in which there is an accumulation of Qi, such as in chronic pain syndromes or in cases where the Qi is difficult to stimulate.